Adobe has released their latest update to Premiere Pro, the June 2022 release (version 22.5). This release adds:

Adobe provided video intros to Proxy Improvements and New Workspaces in Premiere Pro. New Proxy Badges make it easier to distinguish between proxy files and source media and give editors the option to burn-in watermarks, so everyone working on the project can see which media is being used.

New workspaces allow users working on a laptop to streamline their screen real estate by putting the core functions, such as giving you the option to toggle through your control panels (effects, color, graphics, and audio) more efficiently. Users putting out a lot of social content, will appreciate the new Vertical Video workspace that helps you deliver video footage as quickly as horizontal. 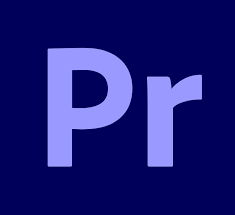 The Premiere team has really been chipping away at updates lately, with 4 in the last 5 months — enough to take a breather and review their updates, here and in May 2022, April 2022, and February 2022. Here are a few additional recent resources.

There’s an AEP summary of Adobe Video updates at NAB 2022.

Scott Simmons had a deeper NAB rundown in his Adobe announces an updated Premiere Pro and After Effects.